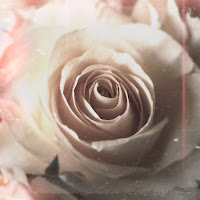 "[Brine is responding to a Baxterian] Tis to be observed, that the Jews were a People separated from all others, they dwelt alone and were not reckoned among the Nations , and God became their God providentially, to confer temporal Favours upon them, to protect them; he entered into a Covenant with them, as a Nation, and required on their Part, that they should worship him only, observe his Laws, exercise Justice shew Benevolence and Kindness one to another; on his Part, he promised them a peaceable Possession of the good Land, Plenty, Victory over their Enemies, and their Multiplication in that Land, and long Life, on Condition of their Observance of his Statutes and Judgments, which they on their Part promised; God threatened them with Evils of the forest Nature if they did not, viz . the Sword, Famine, noisome Beasts and Pestilence, and with Captivity; but at the same Time assured them, that if they humbled themselves under these Judgments, and turn’d to him, he would remove those Evils, and restore to them Peace, Plenty, and Security from their Enemies, and that he would not totally destroy them. (Leviticus 26. Deuteronomy 4. Chap. 28 and 29) Agreeable to the Plan of this Covenant, the Prophets treat with that People, remonstrate against their national Crimes, exhort to national Repentance, Humiliation and Reformation, denounce temporal Evils, promise temporal Blessings, in Case of Amendment, as may be abundantly seen in their Writings. (Isaiah 1:19,20. Ezekiel 18. Amos 2:3,4,5,6.) But it is not to be proved, that spiritual and eternal Blessings were promised in that Covenant, nor, that evangelical Repentance and special Faith were therein required, it will as soon be made evident, that when the Land of Canaan , and Affluence and Plenty therein are promised, that Heaven is intended or included in those Promises, as that, when the People of the Jews are exhorted to Repentance and turning to the Lord, evangelical Repentance is designed and implied in those Exhortations. That Covenant contained not spiritual Blessings, neither did it oblige to any spiritual Acts, such as evangelical Repentance, and special Faith are. It will as soon be proved, that Earth is Heaven, as that the Repentance required and enjoyned by Vertue of that Covenant, was of a heavenly Kind. This Writer, Sir, sometimes makes a great Difficulty of admitting the Distinction of natural and evangelical Repentance, of historical and special Faith; but here he is obliged. to allow of it, tho’ he pleads that natural Repentance and historical Faith, were not the whole of the Duty required and enjoyned by the Law of Sacrifices, on the Nation of the Jews ; this he argues from God being represented as their Redeemer in Christ . When he is able to prove this fine Point, I shall freely grant his Work is done. This contains, if I mistake not, a tacit Acknowledgment, that evangelical Repentance and special Faith, are the Duties only of such Persons, to whom God reveals himself in his Word, as their Redeemer through Christ He seems to suppose, that God so revealed himself the Body of the Jewish Nation, than which nothing is more false in Fact; and therefore all his Reasoning on this Head is impertinent, groundless, and inconclusive. There is not any thing advanced from the Old Testament, which amounts to the Proof of the Point." -John Brine